There it is! Bow Horn Bay’s loss. Our gain. This is the truck that failed at the Flavelle fire. It ended up in a ditch. (bad Brakes)

A few years ago someone took a bunch of kitchen cabinets up to the Free Store. They’d tried to peel this sticker off. I rescued it. Shows a pretty good sample of Hornby Residents in the early 70’s

So…you thought the story of my fireplace was done? Think again.

This was my first house fire as a member of the Fire Department. The Flavelles didn’t have a phone so when they discovered the fire the kids ran down to the Shingle Spit Resort to call the fire department. By the time we got there the house was fully involved. Unfortunately the fire truck driver was in a bit of a fluster and when he tried to get the pump going he forgot to use the clutch and broke the connection between the engine and the pump.

Luckily we were followed by a pickup with a portable floating pump on board. The boys got it into the ocean and we started spraying the house. Too late, though and all we could do was save the trees and outbuildings.

This is where my heatilator came from. I believe it was the kitchen fireplace. Don Nixon was selling stuff from the house that had survived and I bought the stove from him. (A mistake). 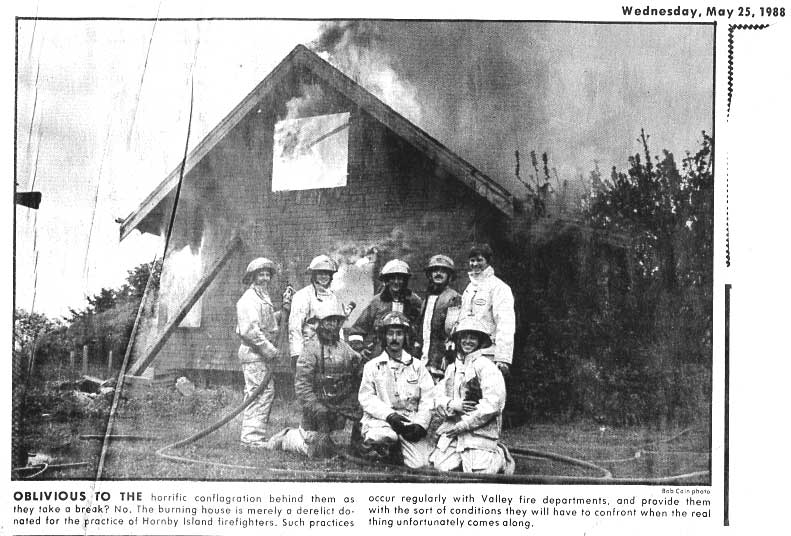