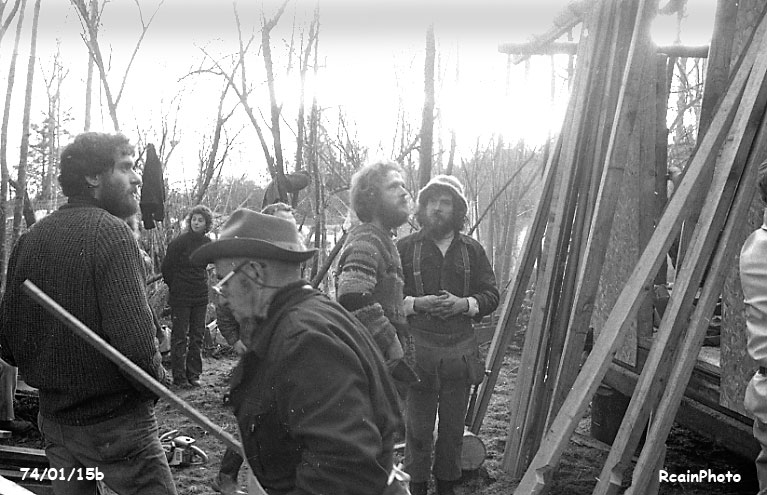 In January 1974 David Taug’s cabin burnt down. As in most house fires on the island the building was just about burnt to the ground by the time the fire department arrived.The citizens of Hornby rallied to build him a new residence. (I was a fresh citizen, this being my second winter)That’s Vaugh Neville and Michael Mcnamara with Albert Savoie in the foreground. 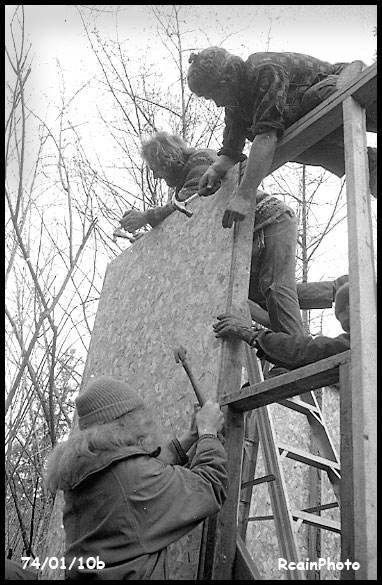 Many hands were available. 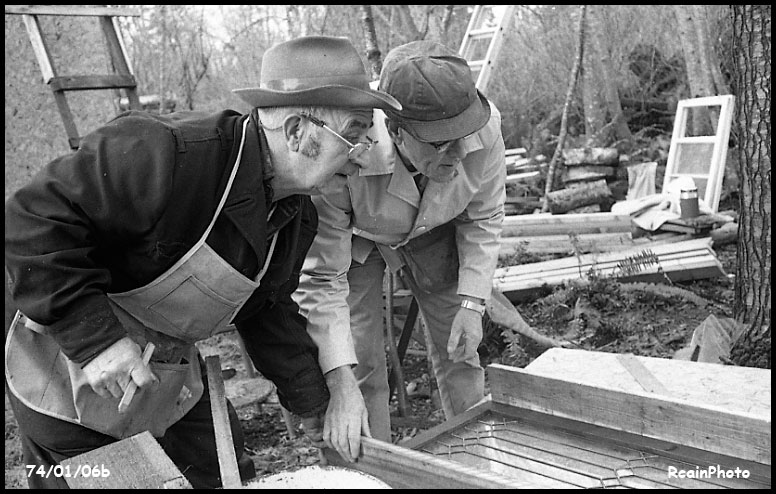 Albert Savoie and Lloyd Rogers. There was no ‘Hippy war’ on Hornby. Newcomers and old-timers got along just fine. 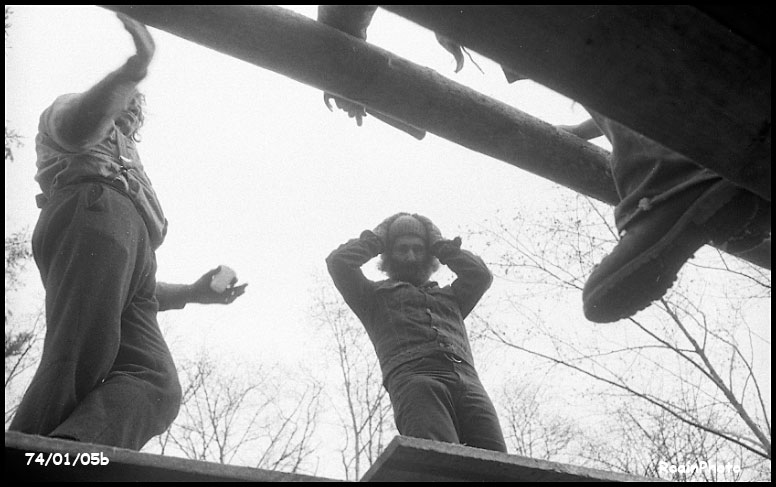 That’s David Taug on the left with Jerry Swatez. David was what I can only describe as a charismatic bully. He had lots of charm and a talent for getting  folks to do things his way. 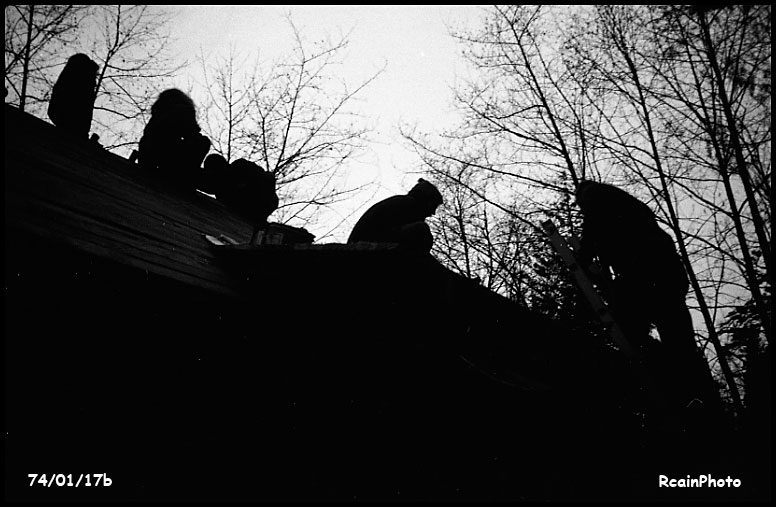