Focus Prints 1970-A relative of Glenn’s. Can’t remember what we used the photo for.

So, this is  my sojourn into photography in the 1960’s. The highlighted texts are links. Just click on them to find out where I’m taking you. If you want to make a comment or see the comments just click on the title. If you missed the beginning go to rcainphoto.com and scroll back many days. 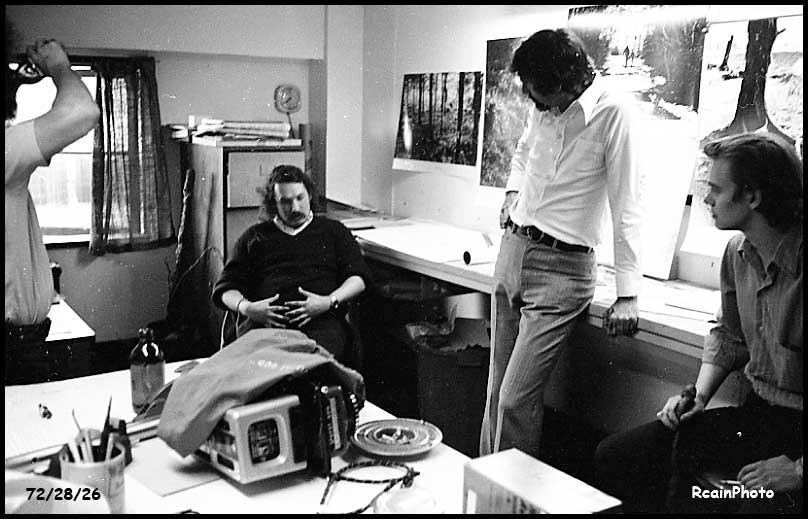 This was it. The final party. Behind Glenn are the Posters I had printed then sold throughout Vancouver. They ended up in the Hornby Co-op for sale.  We had some beer and I was presented with a beautiful Nikon lens. You can see my enlarger on the desk which I had reclaimed. Focus used it all the years I was there. Speaking of years it was only 4 maybe 5 that I worked at Focus. An amazingly short time that would influence me for the rest of my life. This was it. Time to go! 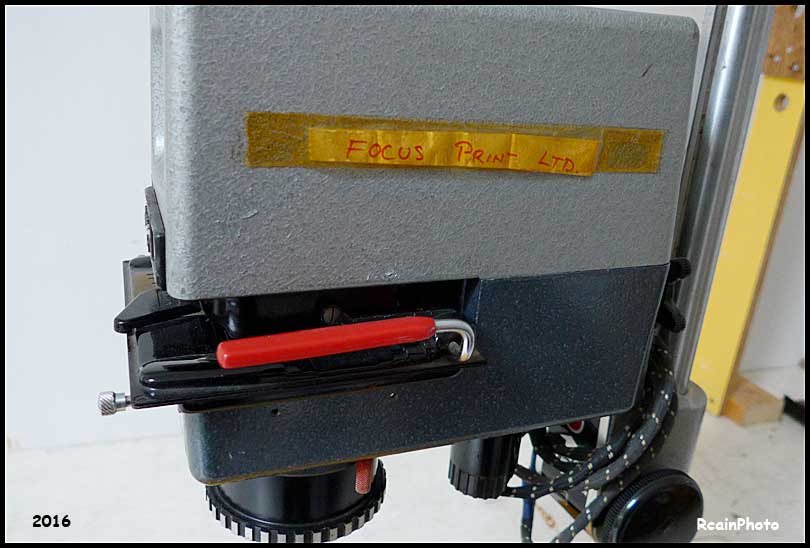 Glenn stuck this on my enlarger. Kept it on Hornby. Memories. 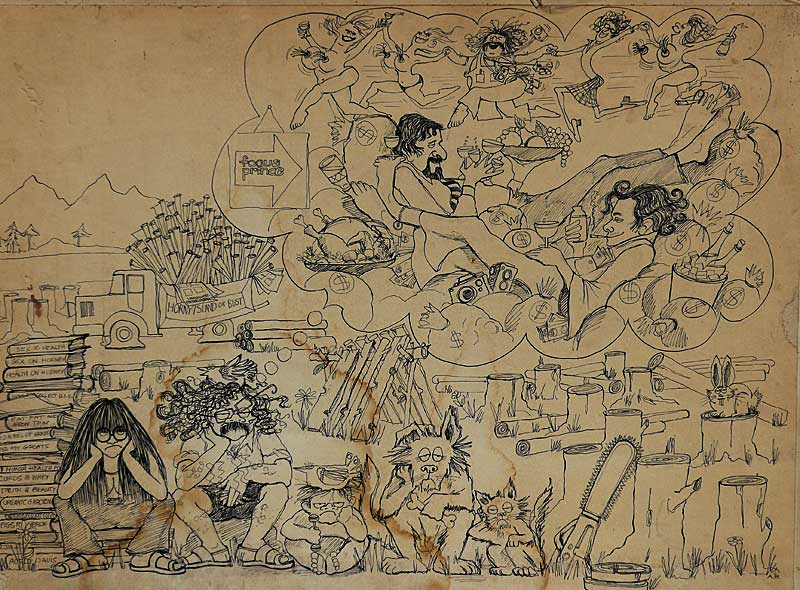 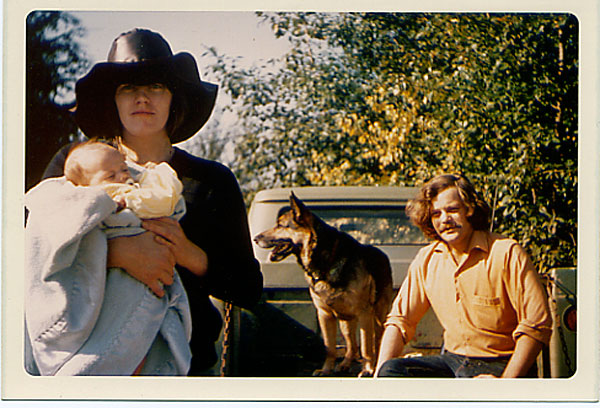 Jo and I had decided to move to Hornby so in 1971 we went looking for land. 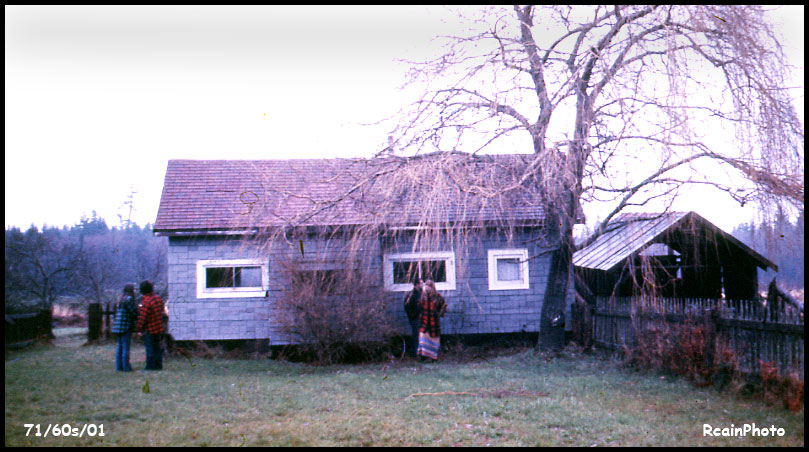 First we looked at the place Joe Lowery would buy but finally bought 10 acres from John and Mary Fletcher. (I’m not going to tell you how much we paid. It’ll just make you angry) 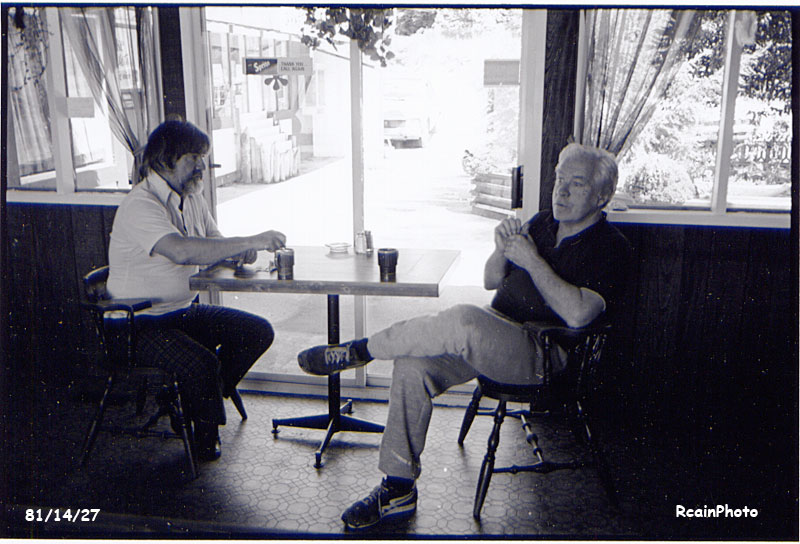 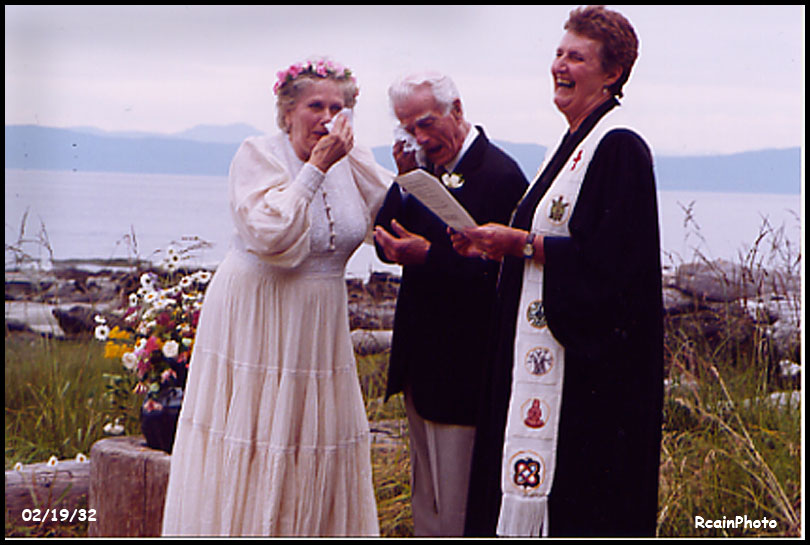 Tears at a wedding.

If a big outfit like Air Canada wanted to do a promotion they would put the proposal out for bids.Usually 3 or 4 Ad Agencies would come up with competing ideas and Focus would get the work. As they brought their submisions to Focus we had to cover each package with newsprint as we worked . This was to hide the proposals from  the competition. They weren’t allowed to see each others work. 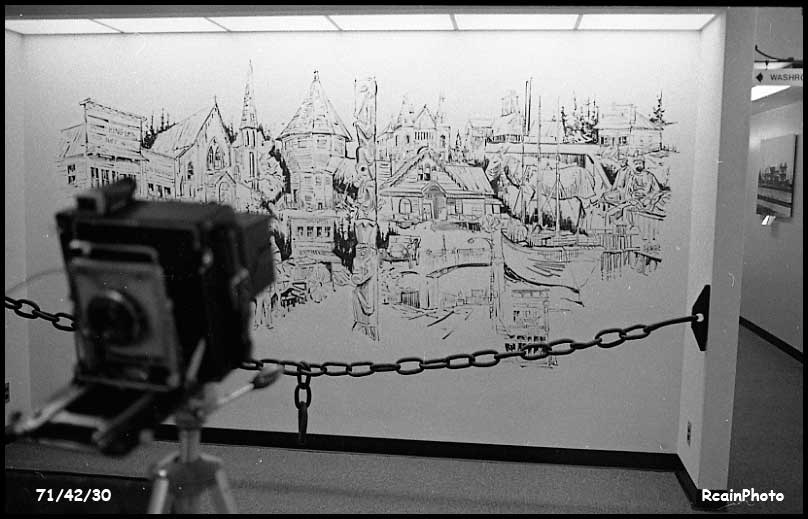 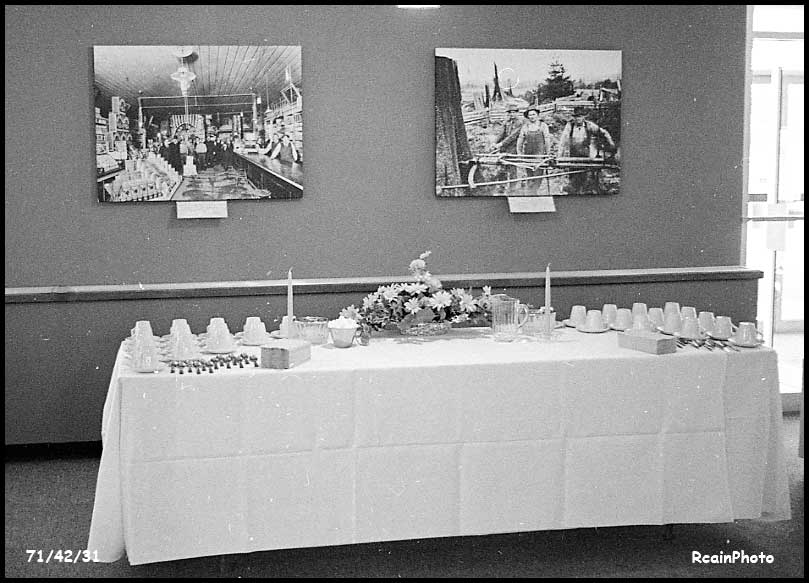 We had lost our delivery boy so were obligated to hire a delivery service.  (They were right at our door minutes after we phoned. Found out later that they simply parked in front of 1255 and waited for the dispatch. A designated driver because we were so busy).  Delivery and pickup for firms near Focus was carried out by myself, Glenn or another employee.

One time I was taking a package to a client whose offices were on the 7th floor of a nearby building. I got into the elevator and was surprised to see the doors opening and closing as the elevator passed them. It did not stop at my floor although the doors opened and closed. (should have seen the looks of potential passengers as I shot by) The elevator took me to the top floor then it immediately went down to the basement. The doors doing their act again. Yoiks!! Not stopping the elevator headed up again. I girdled my loins and stepped off as the elevator passed the first floor. Pretty scary. Used the stairs every time after that.

Cigarettes and beer kept us going.

Once I caught a strange look from Rick as he ended a phone call. He was pretty shaken because the client had called him all kinds of insulting names. Without thinking I grabbed my coat and went across the street to Lovicks. I entered and walked through the cubicles until I found the guilty party. He was with a client. Didn’t stop me. I gave him holy shit saying that if he ever talked to my  worker like that again I’d cut him off. He yelled that he would take Lovick’s business away from us. I said “Go ahead.” and stomped out. These were open cubicles so the whole staff of the ad agency heard our exchange. A couple of hours later I took a phone call from the head art director apologizing and saying it would definitely not happen again. This confrontation was not in my character (I surprised myself) but we were working so hard there was a lot of tension in the air.

Time to move on?