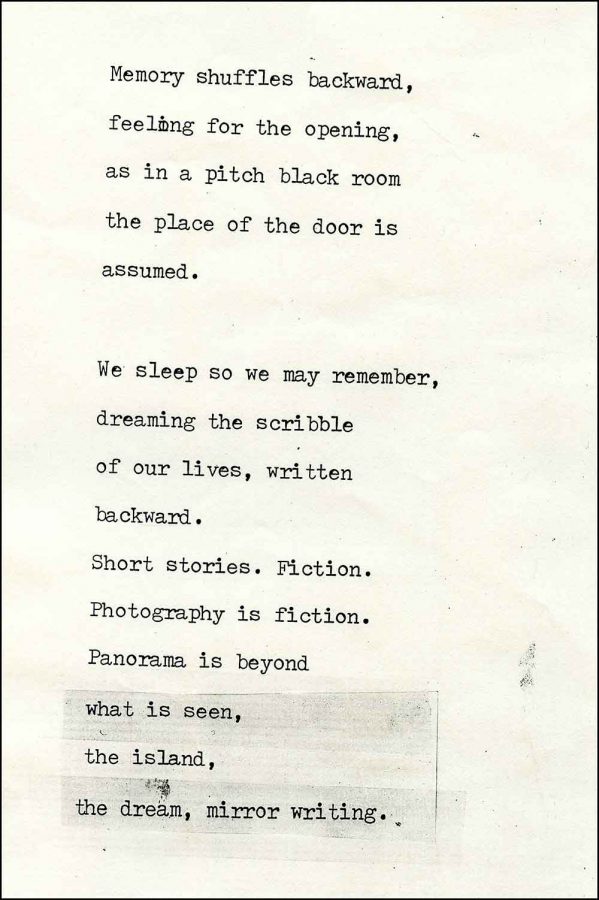 Me- Don’t know when I wrote it.

Soon after the trip I enrolled in an English class at University. The professor asked us to write a short essay/story on some past experience.

Have you ever noticed the way sailors walk, with their hard rolling gate? I did but paid no heed to it. I realized, of course, that their sense of balance was more acclimatized to the sea than the land but that’s as deep as my thoughts on the subject went. I had a chance a year ago to fully explore their wonderful sense of balance.

I had signed on to a merchant ship leaving from Vancouver to Japan. The reason for this was not monetary but for pure adventure. Upon leaving the coast of Vancouver Island the ship began to hit some fair-sized waves and, consequently, began to roll. I noticed that the regular seamen, even those who hadn’t finished their liquor supply, seemed to be able to walk straight and narrow whereas I, completely sober, had trouble staying on one side of the ship, let alone the gangway, when it rolled. However, in time, I began to make reasonable progress and soon told myself that at last I had mastered the art of walking on a ship. What a letdown I had in store!

Five hundred miles off the coast of Japan the ship ran head on into a typhoon that buffeted the ship bow on. Sixty to seventy knot winds screamed through the radio and mast wires and caused huge waves to wash across the deck.

I was told that we were going to work up in the forecastle that day and consequently had to run up the full length of a wet, windy, slippery deck with the ship alternately seeming to roll over to 45 degrees from port to starboard. Well it’s obvious that I made it was, beyond a doubt, the most frightening experience of my life. I was forced to run a few feet when the ship seemed level and then grab frantically onto a hatch when the ship heeled over, tending to throw me over the rail and into the mad sea, and then, when she came back, to rush into the wind swept spray, trying hard to keep my balance on the slippery deck. When I reached the bow I was shaking from head to toe in exhaustion and fright.

It was, what you might call ‘a difficult’ walk, but I gained experience from it and after that I had no trouble with the ship’s roll. I learned how to walk on a ship and I will be the first to say “I learned the hard way.”

I felt kind of ‘grownup’ after that trip and the professor recognized it. He told me that it was a pleasure to have someone in his class experienced in life instead of all the educational newbies that dominated. 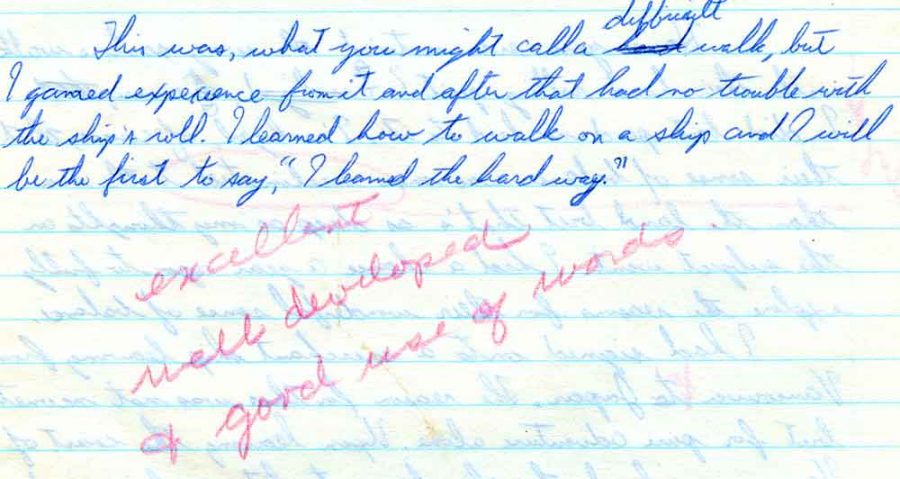 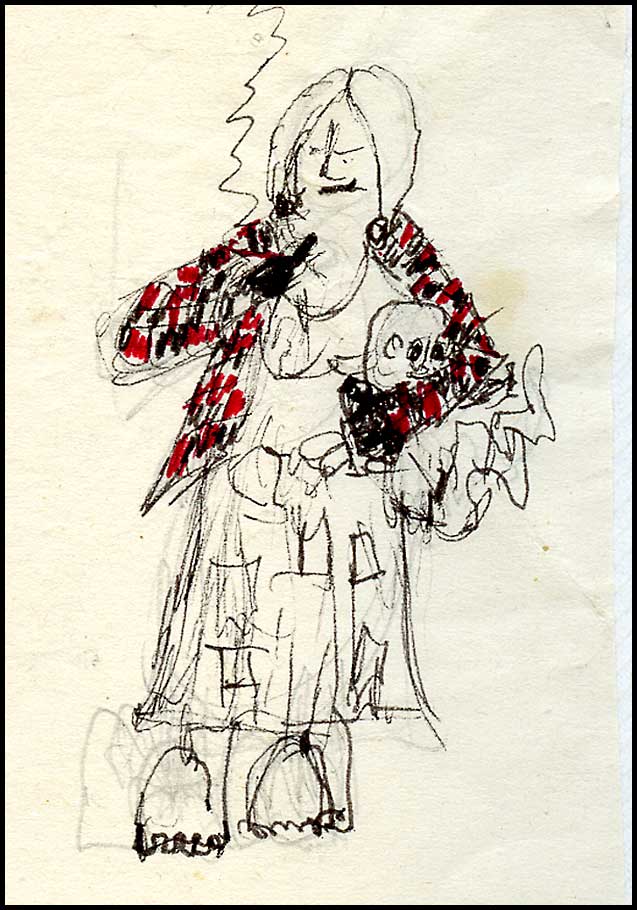 Hornby Hippie Mom/sometime in the eighties 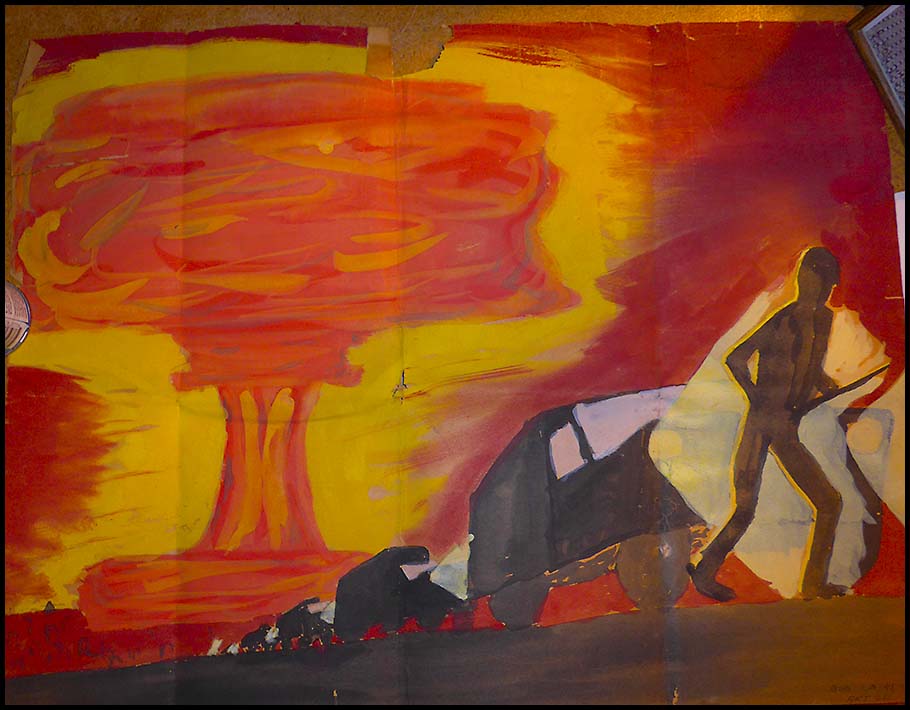 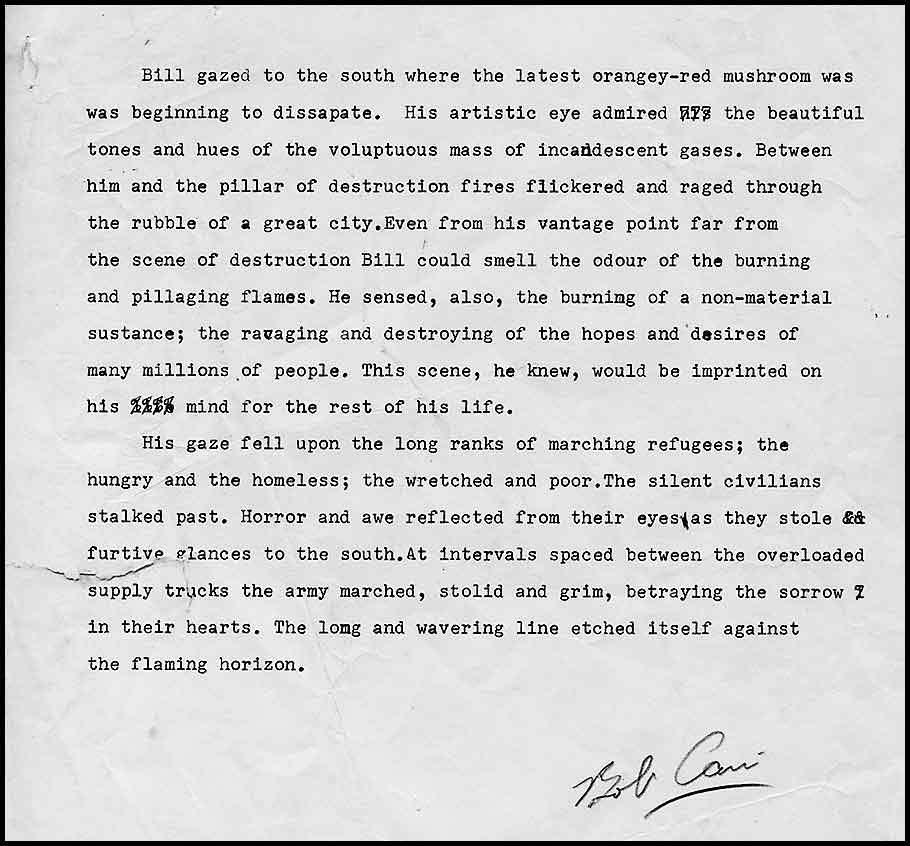