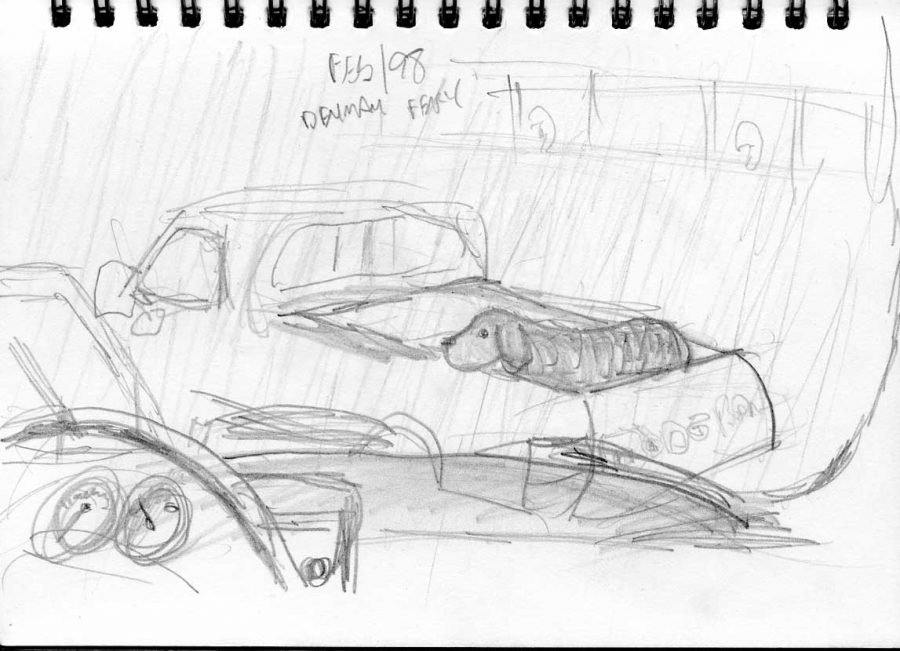 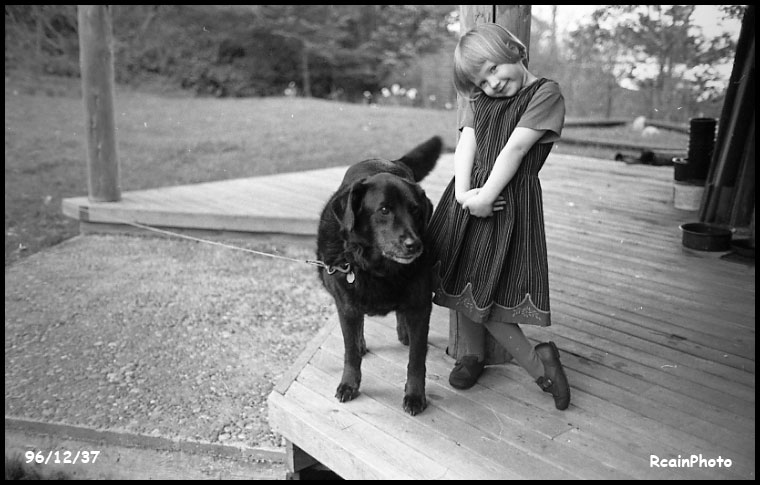 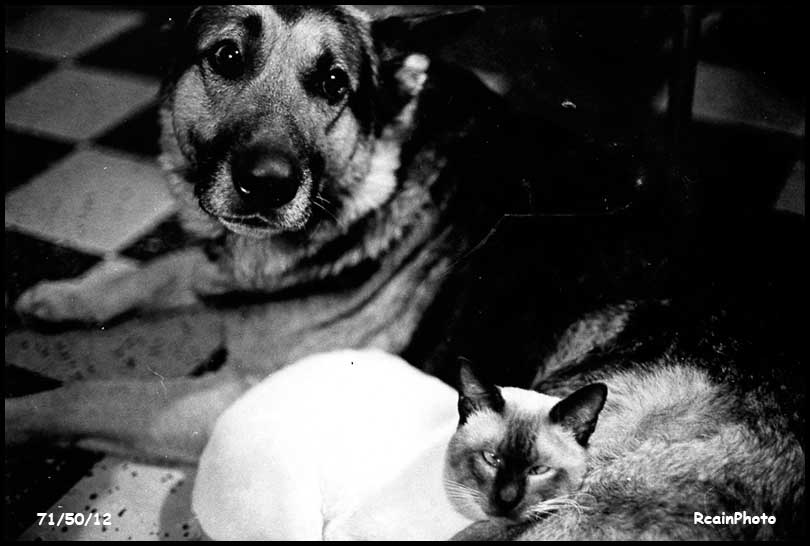 Edgar the cat didn’t last long on Hornby. I liked to say “He’s joined the cat gang on the mountain” but I knew  the truth was a little more drastic.

Cain lasted quite a few years more. He had this condition called Hip Dysplasia and he gradually lost control of his back legs. He liked to visit the neighbourhood. One day IO got a call from Michael McNamara saying that Cain was stuck in his pond and making  awful  complaining sounds. He had to be rescued.

Finally he was down to dragging his legs. I didn’t have the heart to put him down. Besides he was still enjoying whatever life he had. He loved the snow. It must have dulled any pain. He would drag himself to the Co-op, say hello to people, then drag himself home. More than once he was picked up on the road and delivered to his home.

It was getting so bad that I finally decided to put him down. I was about to call a friend with a gun when Cain decided to die quietly under the porch.

Haven’t had or desired to have a dog since.