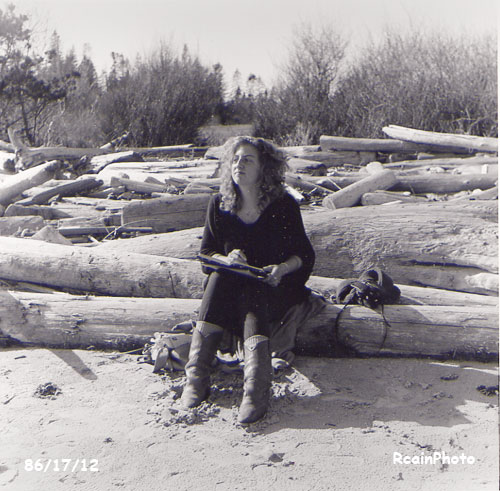 Before the twentieth century square format in Art was uncommon.The rectangular

photo  made its appearance in 1929 with the introduction of the first Rolleiflex, a square format camera.

Practicality played a bigger roll than aesthetics in the development of the square format.

level viewfinder. It would be difficult to turn the camera on it’s side to change the format.

My favourite compositional device is to centre the important part of the image. This makes

square format pictures ideal for my type of photography. There seems to be two uses of

composition in this type of photography. First the photo in which the entire square is

trim off important elements. The second uses the whole square but more in an aesthetic way.

eg. white space around that could be trimmed off. Richard Avedon’s portraits come to mind.

Composing Portraits with a Square Format

It’s in portraiture that the square format has gained it’s greatest acceptance. In the middle

of the twentieth century gifted photographers such as Irving Penn, Robert Doisneau, and

of the large negative. Diane Arbus used a Mamiya TLR for her incredible portraits.

negatives down to rectangles but, I suspect, the square image became more and more

attractive to the photographer.

As is with 35mm  and large format photography 6×6 imaging requires its own technique.

Composition? As I mentioned the square image lends itself to the way I see: