Dick and I stayed at The Shingle Spit Resort in the campground. Every night you could find us in the Teredo Room with Jack Parnell as host. 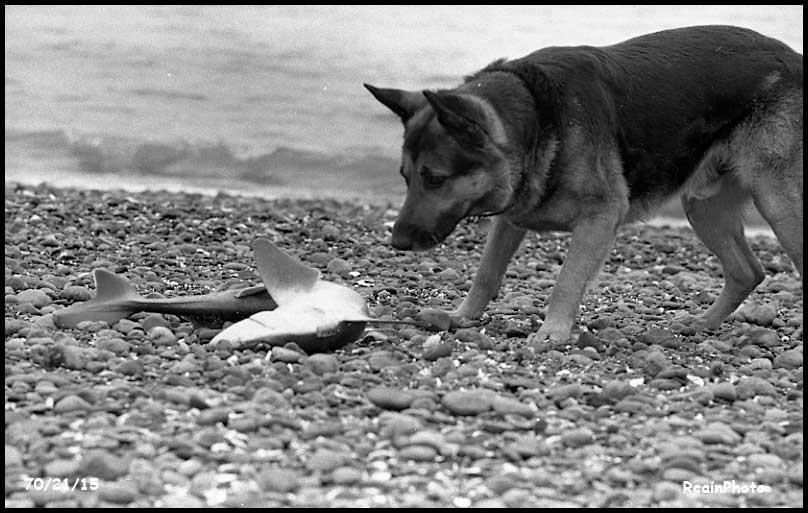 Cain didn’t know what to make of it.

Jack took a liking to my dog, Cain (John McLachlan met him ‘love at first sight’). As far as I know he was the only dog allowed in to sit by the fire as we drank our beer. Jack had a mongrel female that he thought might give him a basket of pups with Cain’s assistance. He asked me if it was alright for Cain to offer this service and I said “as long as Cain agrees it’s ok with me”. Trouble is his wife definitely did not want any pups so Jack was going to have to do it on the sly. So, one night, after the pub closed and everyone except Dick, Jack and I had gone home we sat outside near the gas pumps with the two dogs. (yes there were two places on Hornby you could get gas. And, yes, the pub and restaurant were open year round 6 days a week)

Trouble was, although she was in heat and really ready she was a tad too tall for Cain. And my dog was kind of new at this game and needed help. So Jack got the dogs in the proper position and reached under Cain to help him find the right place. Within seconds Jack backed away with his hand dripping and Cain losing interest. Much, much laughter.

View from the tent

Jack wasn’t about to give up. We made arrangements for the next night. He said we didn’t need to be there as long as Cain was in the campsite and ready to go. Sometime in the middle of the night Jack came by and picked up my dog. Dick and I were too tired to bother getting up so missed out on the events. Jack told us the next day that he had dug a hole for his girl’s back legs and tried to get the action going again.  Amidst the laughter he explained that he thought the operation had worked and he was looking forward to a bowl full of pups. Unfortunately it didn’t. 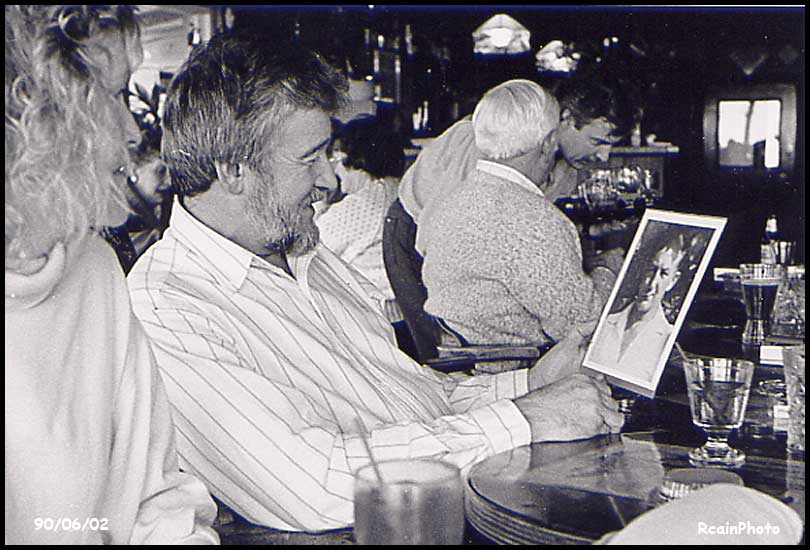