I received this in the mail July 14 from Rien van Tilborg. It’s a detailed study of Trans Canada Airlines flight 810 which crashed in the mountains near Chilliwack Lake in 1956. I was 12 at the time and don’t remember the reports of a crash but I  vaguely remember the extensive search that took place. Very detailed and interesting account. Why did I get it? I have a picture in it. My brother and I would regularly ride out to the airport from Marpole. We would take pictures of the airplanes and airport. 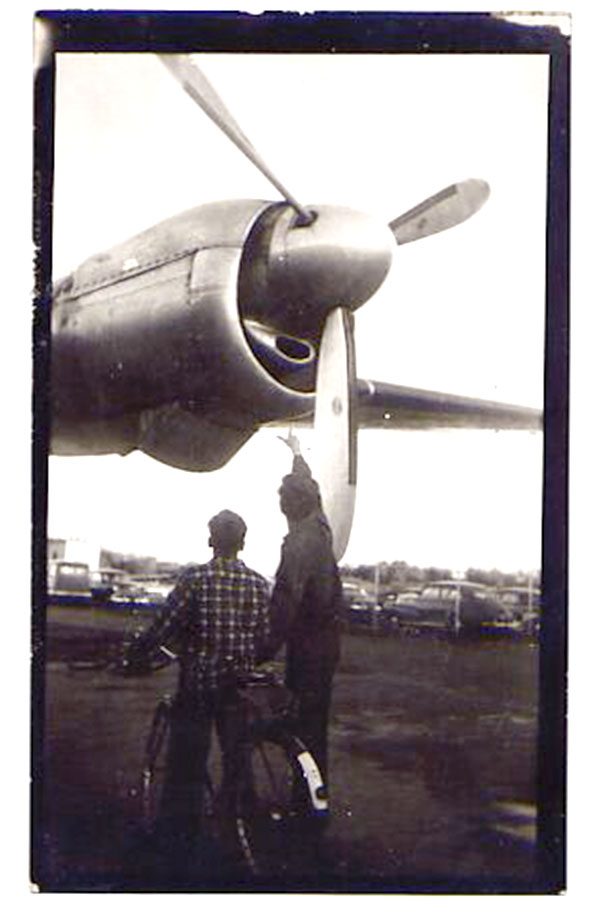 Her is the reply I got from the writer when we asked why he wrote the book.

In answer to your wife, Kathi’s question why I wrote the book:
In general terms, I’ve always been interested in aviation.  As a kid I was into building model airplanes (U-control and Free flight).  My interest in Flight 810 started the night it was lost.  It was one of those late fall nights with lots of wind and rain.  At the time, my family was living on a farm in Sumas Prairie about halfway between Abbotsford and Chilliwack and 30 miles west of the crash site.  The next day, search planes could be seen on their way to where they thought the aircraft might be.
Major events like this crash are never forgotten.  Like others, I remembered there were football players onboard as well as a Chinese gentleman reputed to have an $80,000 money belt.
Everytime I drove to Chilliwack over the years, Mt. Slesse was a dominant peak in the mountain range towards the southeast, and always reminded me of the tragedy that occurred there on December 9, 1956.
Near the end of 2000, I acquired my first PC computer and decided to find out if anything had been written about this flight, to find only two books that devoted a chapter to it.  I then decided to research it further and write a book.
I appreciate you asking the VIRL if they wish to buy a book.
Look forward to your comments after you have read the book.
…