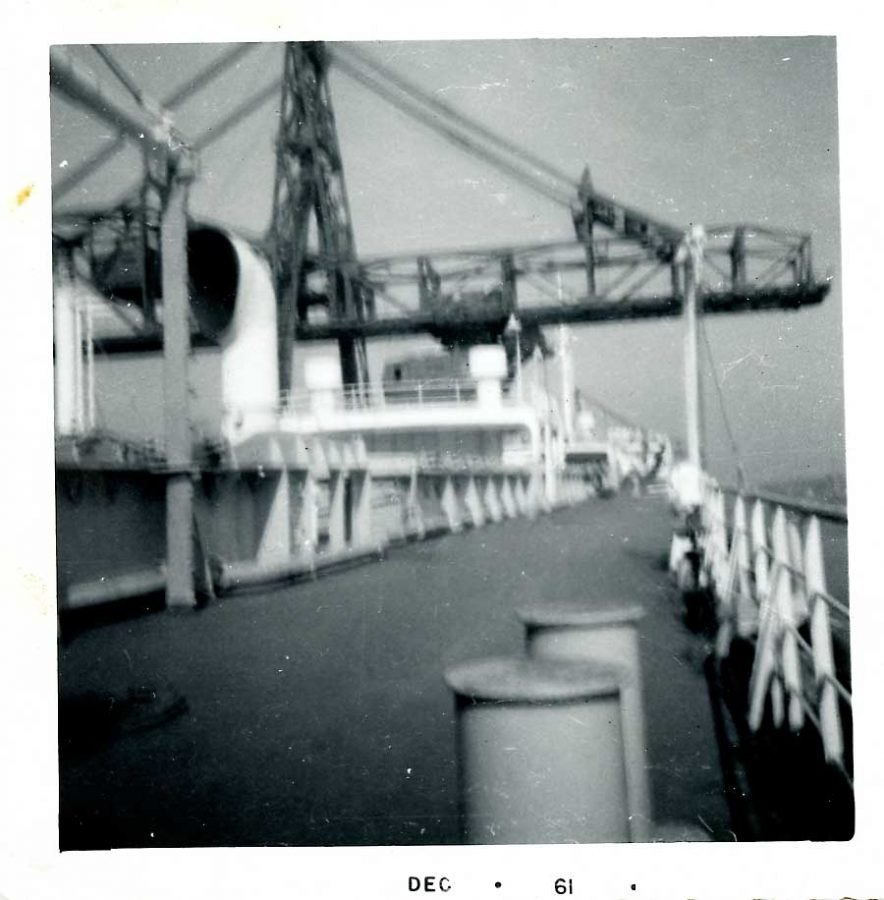 On a coal carrier the crew has little do with loading and unloading except to open the hatches and, for the officers, oversee the operations. The coal is loaded with large chutes coming from structures like grain elevators. Railroad car after car is dumped at the terminus and returned to somewhere in Alberta, I imagine. So, on our first day of work we were allowed to watch as they buttoned down the last of five hatches, washed the deck and prepared to set sail.

Docking and undocking; that’s where the crew was needed most and since it was a coal ship it didn’t have a large crew compared with, say, a container ship of the same size. We were put to work. We had to haul the giant mooring lines on board and stow them below in what would probably be called the chain locker. These ropes had to be coiled perfectly in anticipation of docking: it wouldn’t do to have a tangled mess when the stevedores in Japan began pulling them to shore. It was a long grueling job, we were out of shape, and when finished the temptation was to go to bed. But, no way. We were under power and heading towards the first narrows on a beautiful fall evening

I’ve been under the Lion’s Gate Bridge before and many times since but this occasion was as unique as any thing I had done in my short life. The freighter steamed through the harbour as nightfall came. Ron and I leaned on the rail and watched the cars and buses going across the bridge. This was it! We were really going to sea! We watched the walkers on the sea wall watch us; some even waved. We went to our cabins tired and excited.

Morning came and with it whole new world.

One thought on “Japan-5”