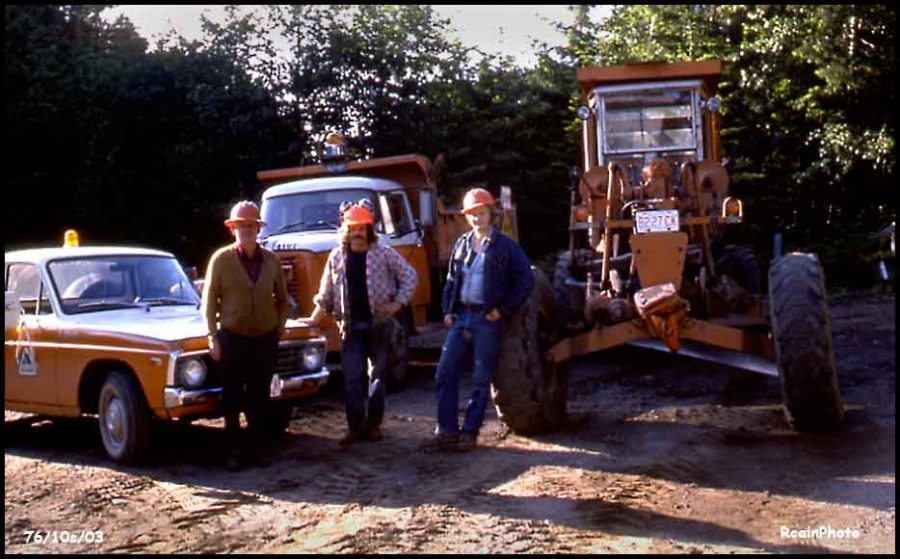 Sometime in 1975 or 1976 George Cowie came up my driveway and banged on the door of the cabin we were living in at the time.  He offered me a job on the highways. He complained that of all the guys of the right age only a few were Canadian.

I said “yes”. Something hidden in the back of my mind was the thought that my money was not going to last forever. Larry Smith had been hired a few days earlier and we were detailed to get the road ready for paving.

A few days after the hiring I got a phone call. It was to warn me that my job was only temporary and that I would be laid off every fall. The caller was apologetic and didn’t realize that was this was exactly what I wanted.

One thought on “The Crew”