Here’s some more cars, some of which are definitely forgettable.

Bought this in London, we used it to tour Europe.

Back in England and on our way home to Canada I took it to an auto wrecker. “I don’t value it at nuffin.”

But he would take it for free so I left it at his front gate. more 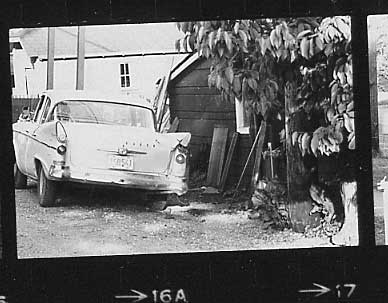 Studebaker(I think!). We existed on $500 cars: when they began to cause problems they were immediately traded for a “new” junker. 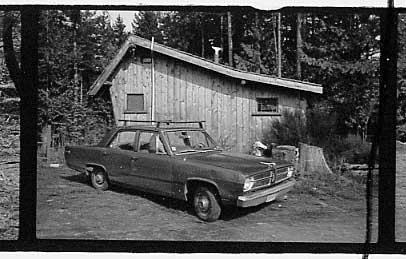 I think this car ended up in a Dean Ellis sculpture,” Valiant Love”. 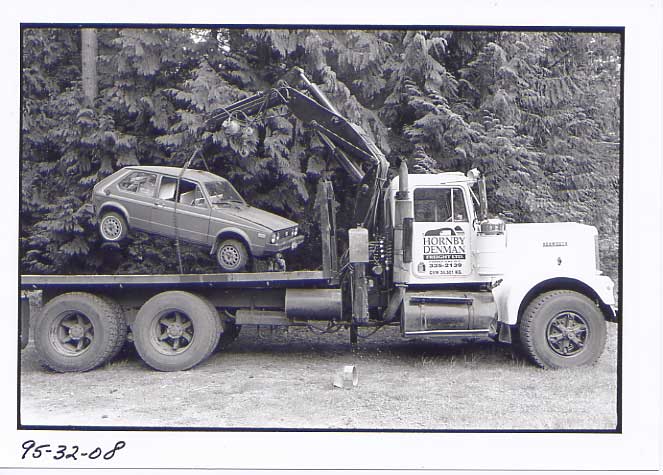 Volkswagon Golf. Rust bucket, hunk of junk turned me off German vehicles to this day. 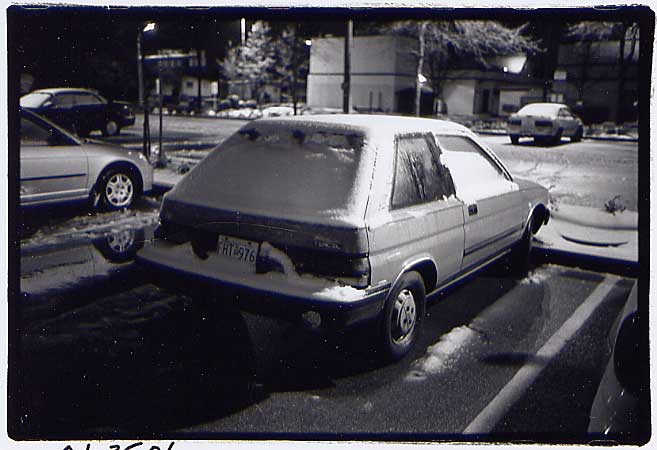 Toyotas never stop running even when the rust is opening up new ventilation. 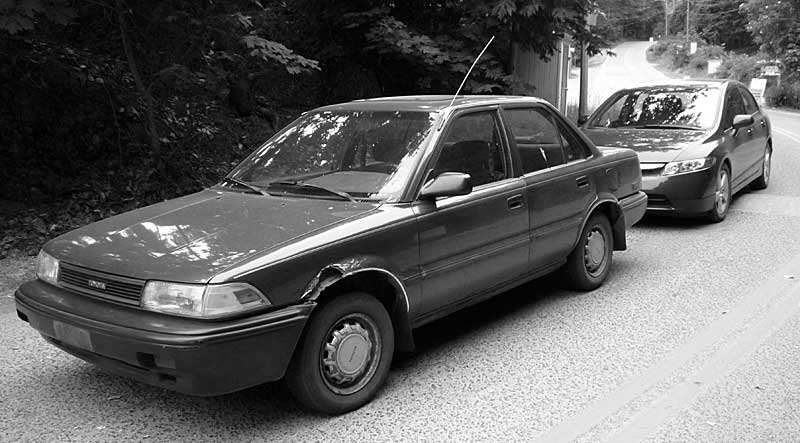 This Corolla is headed for the scrap heap. Kathi’s new car, the Honda, is right behind. 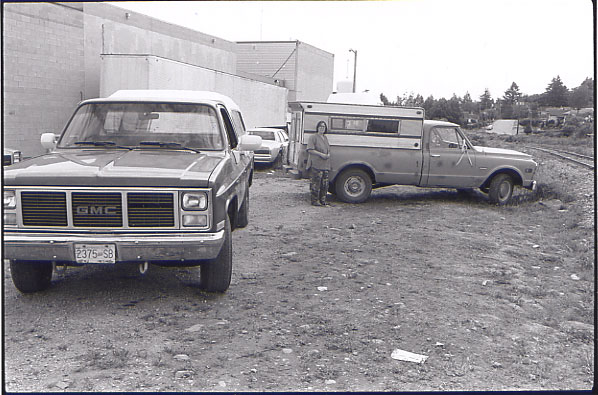 Bought this from Brian Pannel in the eighties then traded for a newer GMC in 1993. 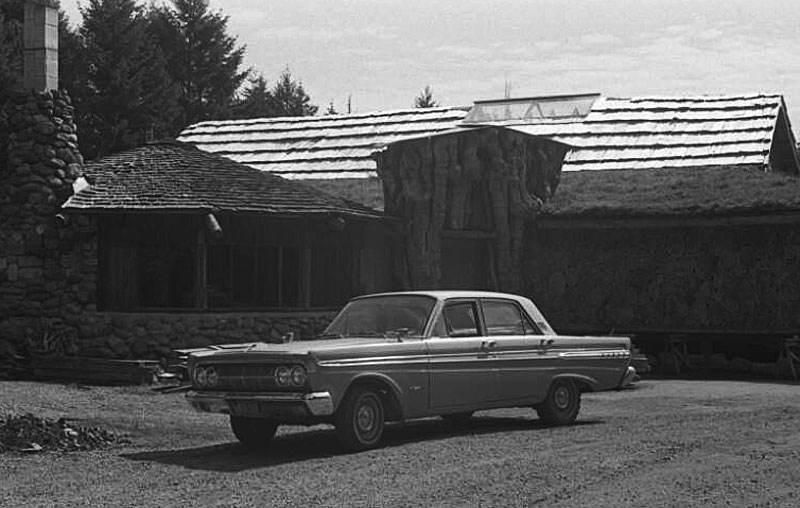 Dingle Balls forced Fraser to duck his head whenever we passed his friends./photo 1985 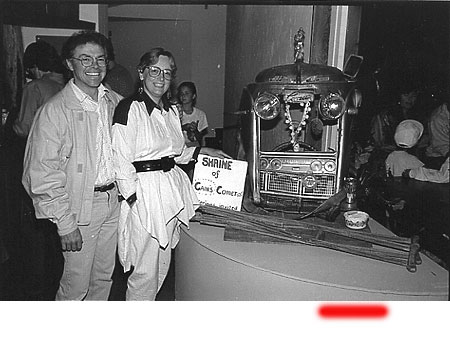 1989 it went to the re-cycling depot. Sam and Robin harvested pieces and created this sculpture./photo 1989 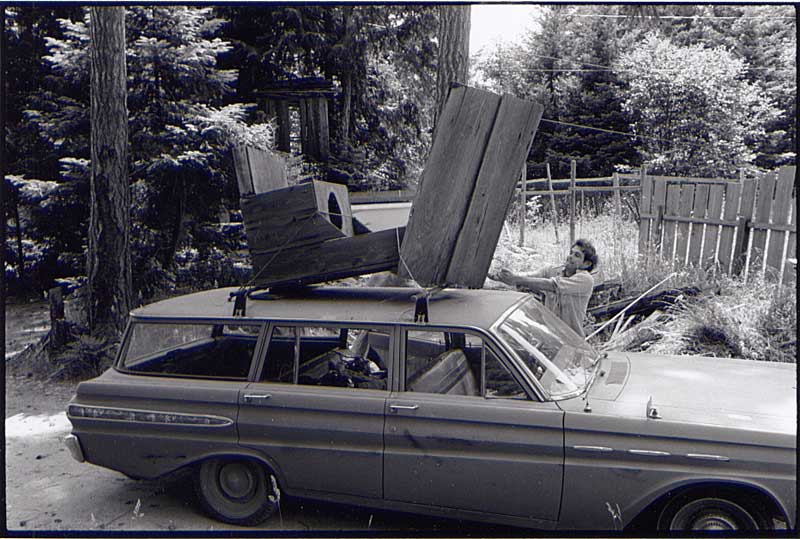 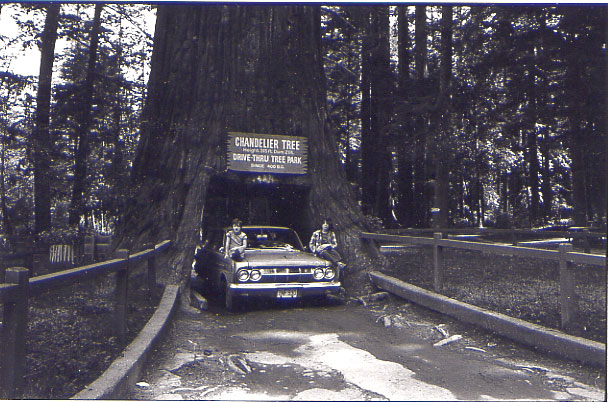